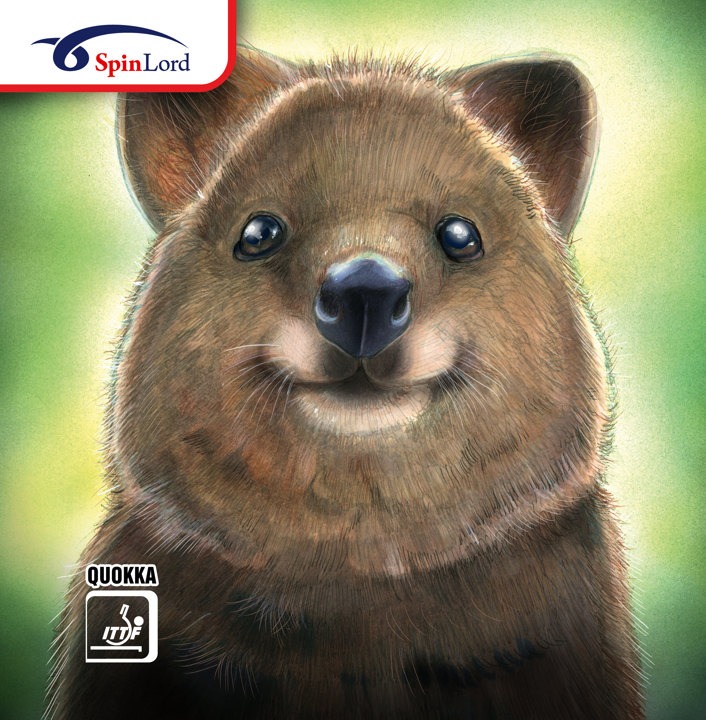 The SpinLord Quokka is a modern rather fast Anti with friction.

The sponge of the Quokka is a medium hard typical elastic chinese sponge without build-in speed-gluing effect.

Overall the speed level of the Quokka is ALL, not DEF like common Antis. On the rubber packing the speed is stated to be "6" but we now correct it to rather be "7".

The Quokka is even slightly faster than the Sandwind, but also has much stronger Anti effects compared to this rubber.

The special strengths of the Quokka are revealed by playing block balls close to the table, as the ball trajectory will be very hard to predict. The Quokka also enables counter-attacks which are very unpleasant for the opponent. Even undercut balls are no problem as the Quokka can be played rather similar to inverted rubbers.

We think the Quokka is the ideal rubber for players who have played inverted rubbers so far but now need a rubber that is more insensitive to incoming spin and can surprise the opponent with a destructive effect. It is much easier to master the Quokka than any kind of pimple-out rubber! The Quokka can also create enough own spin, avoiding that the player is totally helpless, if the opponent returns the balls without spin.

But we also have to say that the Quokka is most likely no good option for you if you are used to playing frictionless Antis or long pimple-out rubbers as the difference in how the rubbers need to be played are gigantic.

But if you are used to playing Antis with friction on the other hand, but find a classical Anti rubber like the Lion Mantlet not to be dangerous enough for your game, the SpinLord Quokka with 1,5 mm sponge may be a good option for you.

The SpinLord Quokka is a rather light-weight rubber which also offers a very good quality.