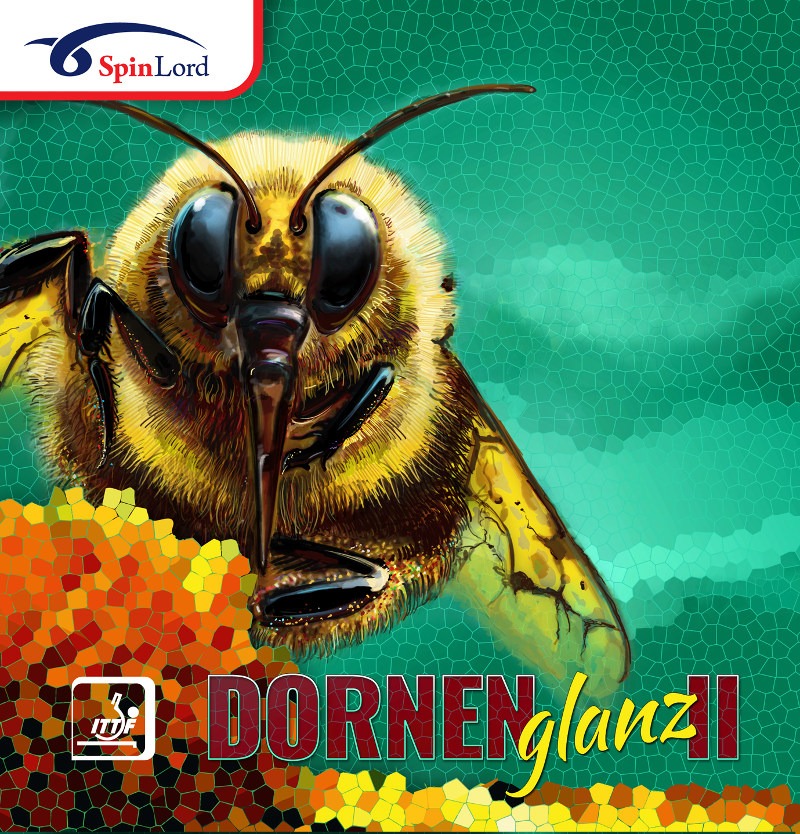 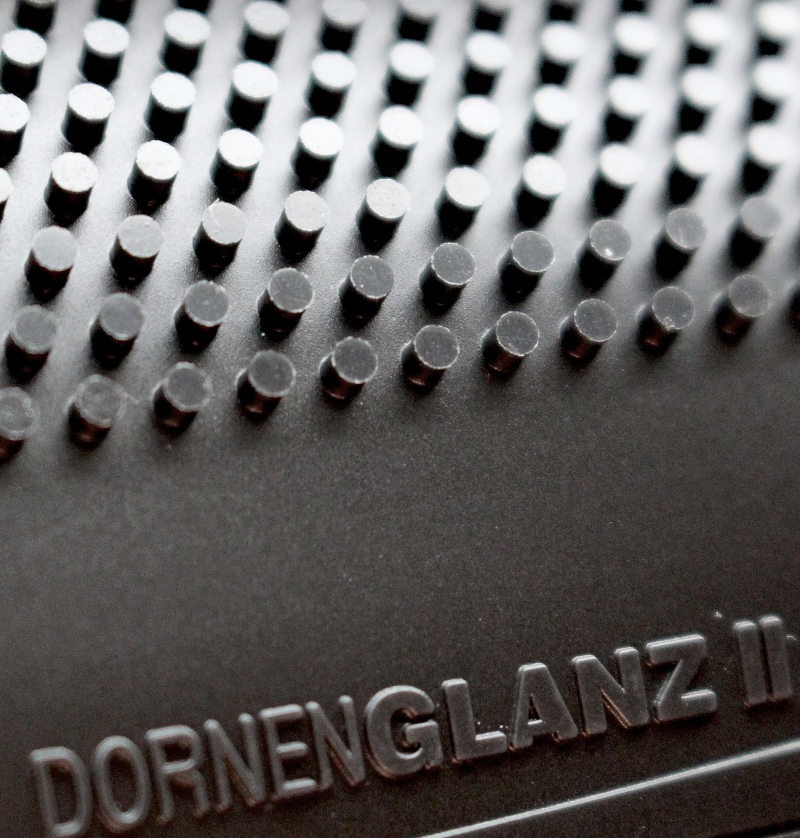 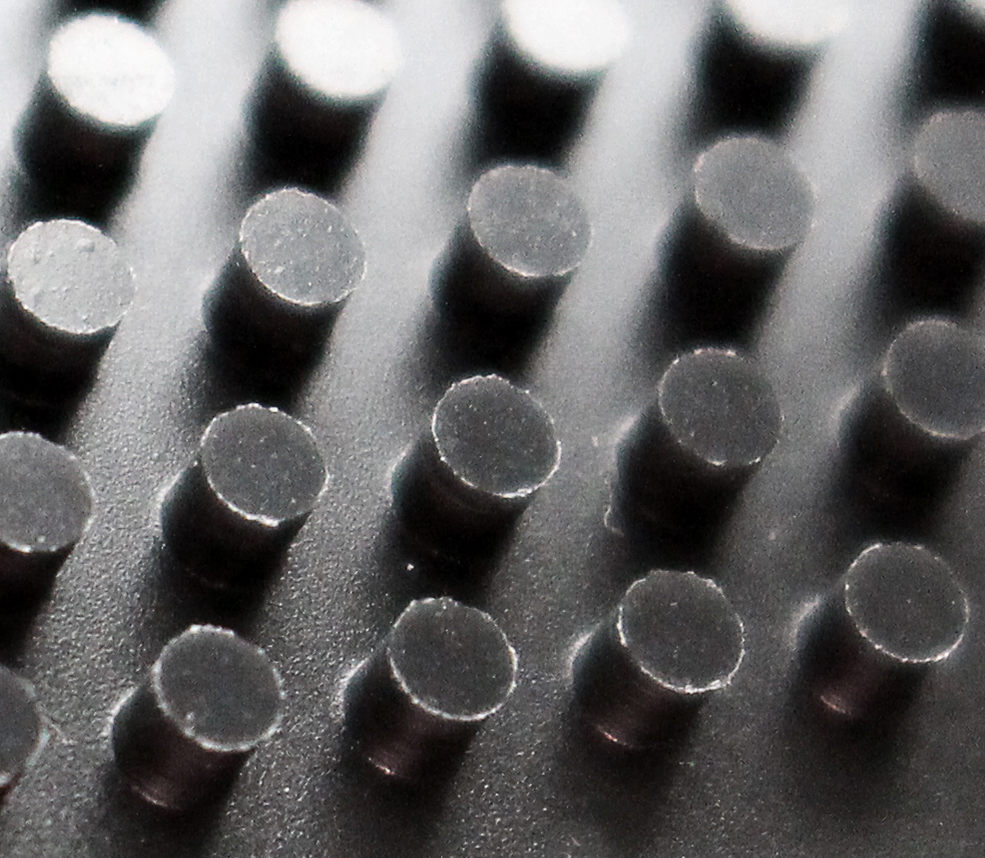 The Dornenglanz II is perfect for skilled players who are looking for a rubber that is faster, harder and a little bit more dangerous then the Agenda or the Blitzschlag without being less versatile. High-class players will mostly use the Dornenglanz II for chopping, as the higher speed minimizes the opponents reaction time. Also the very flat trajectory of the balls played with the Dornenglanz II makes uninterrupted attacking against this rubber very difficult.
The Dornenglanz II often will force the opponent to play a weaker and rather passive stroke, which can be used for sudden own attacks.

Please note that the Dornenglanz II is made with a very special rubber formula. It can't be prevented that after the production some very small parts of resin remain to be between the pimples.