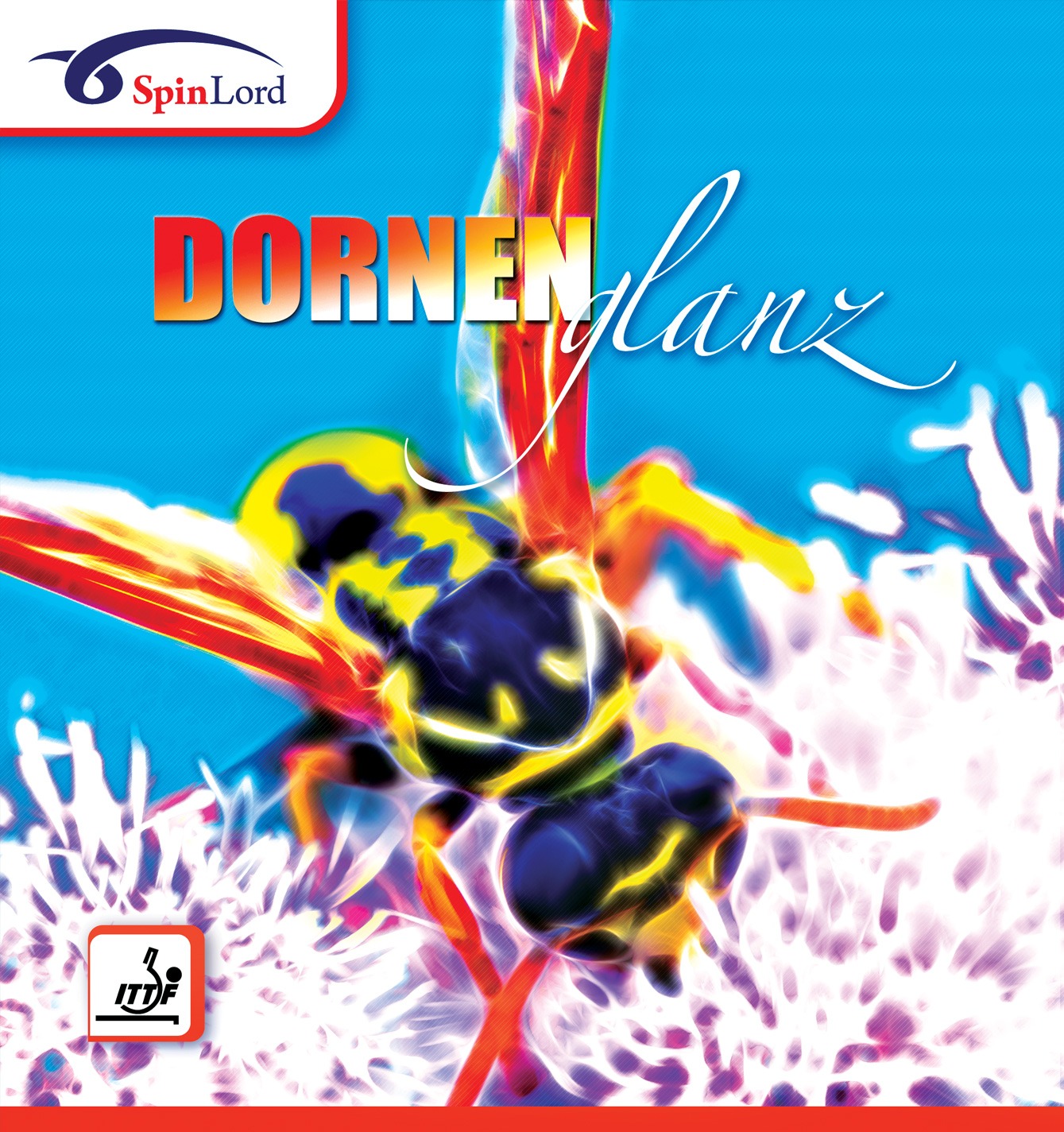 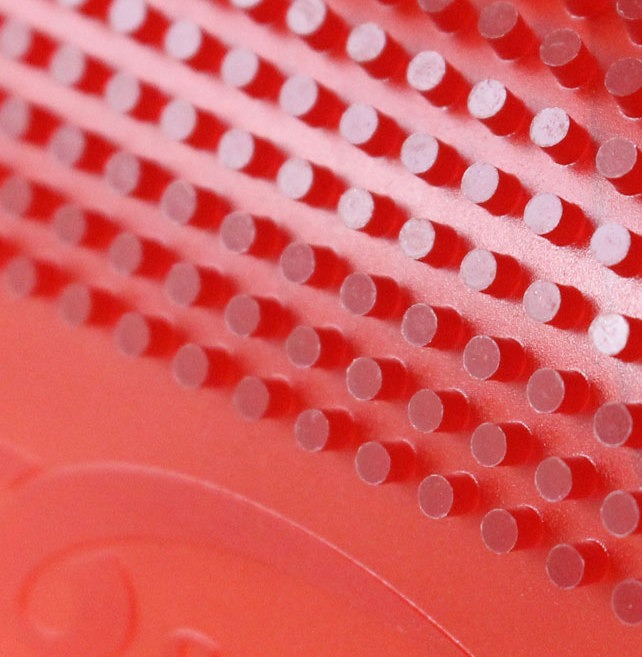 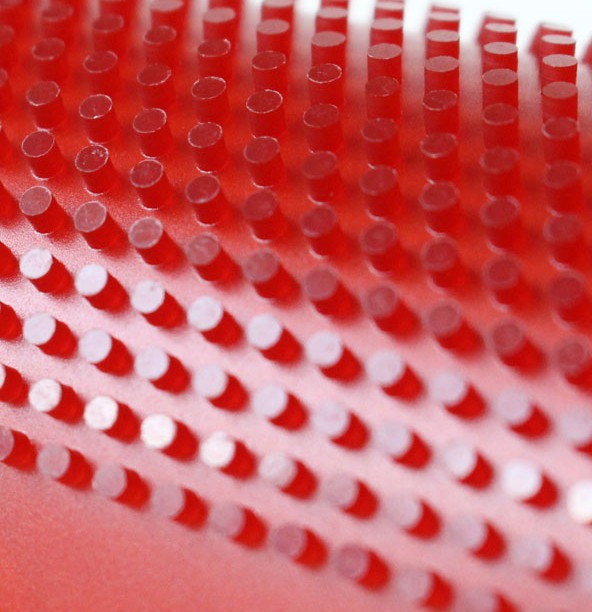 Without doubt the SpinLord Dornenglanz is our most famous long pimple-out rubber, and it is also one of the best-selling rubbers of this category in the world.

Also, it is still the most dangerous long pimple-out rubber available for blocking and chop-blocking at the table.

Many professional players also claim that they have chosen the Dornenglanz because it is very reliable - in any situation of the game, no matter how the opponent plays, it is easy to keep the ball under control and avoid easy mistakes. That the Dornenglanz is also rather insensitive to incoming spin clearly supports this.

Some players even say that it is also very good for chopping and attacking, but we think for these strokes there are even better rubbers. But if it is necessary, these can also be played effective and precise.

The speed of the Dornenglanz is medium high. The rubber compound is elastic and medium hard. The pimples are very thin and have a cylindrical shape. The space between the pimples is rather large. The tops of the pimples are flat and even a bit sticky to increase the friction.

The Dornenglanz is a long pimple-out rubber for advanced players. But with some practice also average players can fully master this rubber.

Only if you never have played a long pimple-out rubber before, play classical undercut defense or very aggressive attack, or need a rubber with the highest possible control, then the Dornenglanz maybe will not be the best choice for you.

Unfortunately, the Dornenglanz does have one weakness: its durability. Due to the thin pimples and the very special rubber compound, this is below average. There are players who will be able to play the Dornenglanz up to 6 months. But with an aggressive style of play, the pimples can also break much faster, sometimes even after only a few weeks.

Regarding this point one has to say clearly that it is not possible to make the Dornenglanz more durable without it losing a significant amount of its disruptive effect.

The SpinLord Dornenglanz is now available also in blue color. The blue rubbers are slightly softer and slower, and even more durable than the red and black rubbers. However, it seems that they also are a bit less dangerous. About half of all players we asked noticed the differences we described between blue rubbers and red and black rubbers. Other players did not notice any difference, so if the weaker durability of the Dornenglanz really bothers you, you may give the blue rubbers a try.