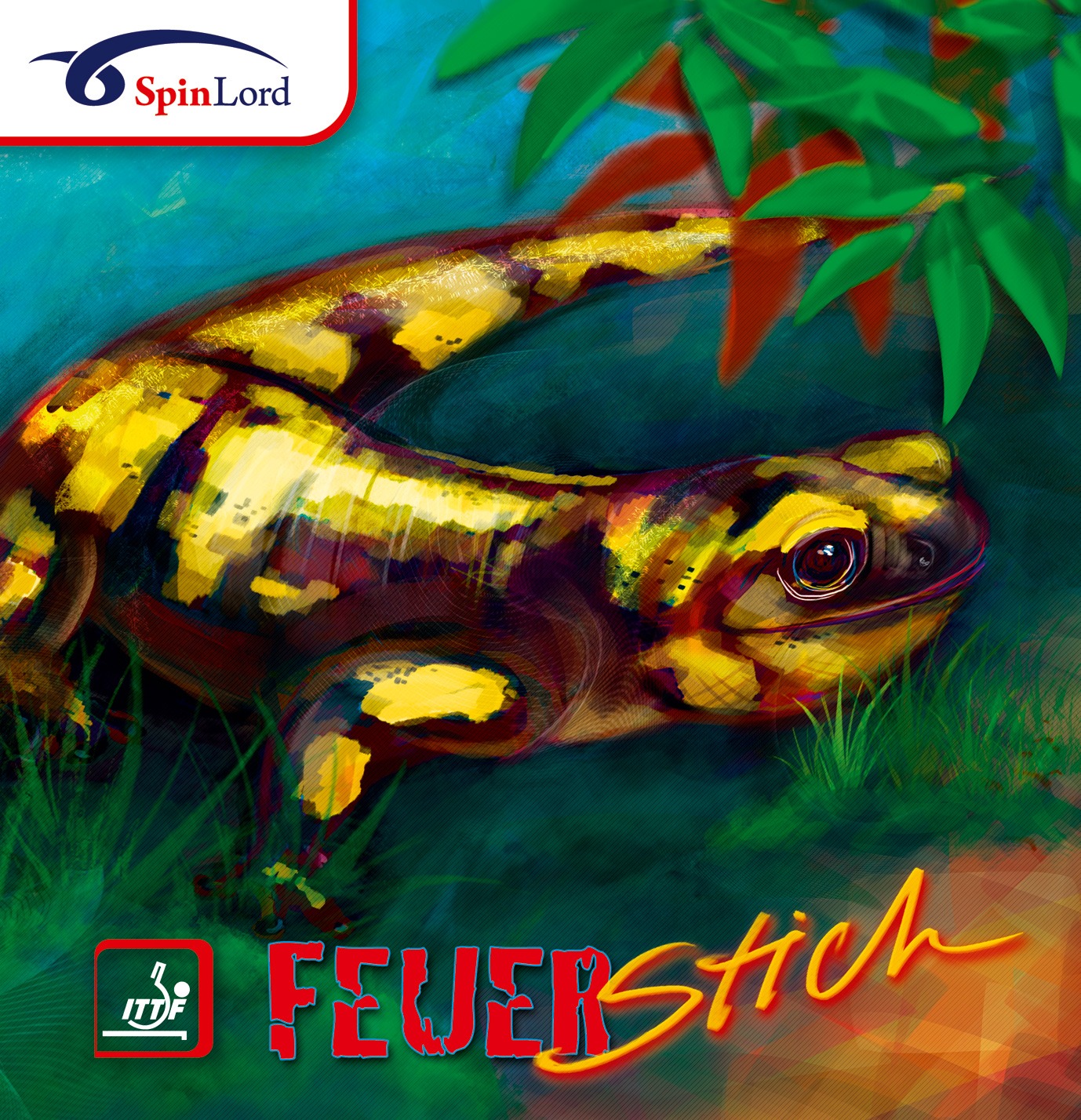 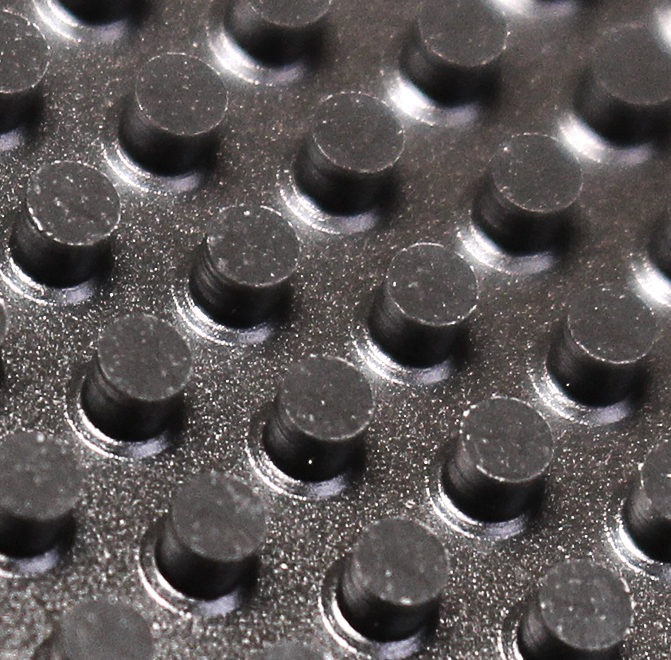 The old version is not produced anymore. The remaining stock is only sold on ttdd.eu for a very reduced price, all other distributors should be selling only the new version now.

The durability has been increased and the Feuerstich is now even a bit more dangerous, mainly due to a thinner rubber bottom. This also solves the problem about the Feuerstich sometimes being slightly too thick. The packing design is the same as before, but the new Pro version is marked with a small sticker.

The Feuerstich is a very fast long pimple-out rubber. The pimples are rather wide and have flat pimples tops. The cylindrical shaped pimples have small supporting cones at the bottom of the pimples. The space between the pimples is very large. The rubber compound is elastic, medium soft and grippy, but not as tacky as the rubber compound of some other pimples like Dornenglanz or Blitzschlag.

The Feuerstich is almost unique, as there are very few other so fast long pimple-out rubbers on the market. And among these rubbers, the Feuerstich is maybe the only one that does not have a very hard rubber compound.

One of the strength of the Feuerstich is that you can play passive block balls not only close to the table, but also from mid-distance. In addition all block balls have a very long and flat trajectory.

With other long pimple-out rubbers you can play only undercut defense from mid-distance. However, with the Feuerstich the player can play more versatile and vary between block balls, classical undercut defense or a short chopping move.

The Feuerstich is also very good for attacking, and even a kind of topspin can be played by advanced players.

We would rate the disruptive effect of the Feuerstich to be very high, only very few rubbers are even more dangerous.   The Feuerstich is most dangerous when the player uses its abilities to play unexpected strokes, and altogether prefers a more active style of playing.

The control of this rubber is average. In total, this is for sure a rubber for experienced pimple players !

The Feuerstich is only sold in ox.

So far we have not received any complaints yet about pimples of the Feuerstich Pro breaking, so it seems the durability is not a problem anymore. But due to the high speed, theoretically the pimples still can break faster than the pimples of some other long pimple-out rubbers.

Altogether, the Feuerstich is a very special rubber. Not every player will like it, but for some players it is the best possible rubber.

Durability of the pimples: Average

Shape of the pimples: Straight with cone at the bottom