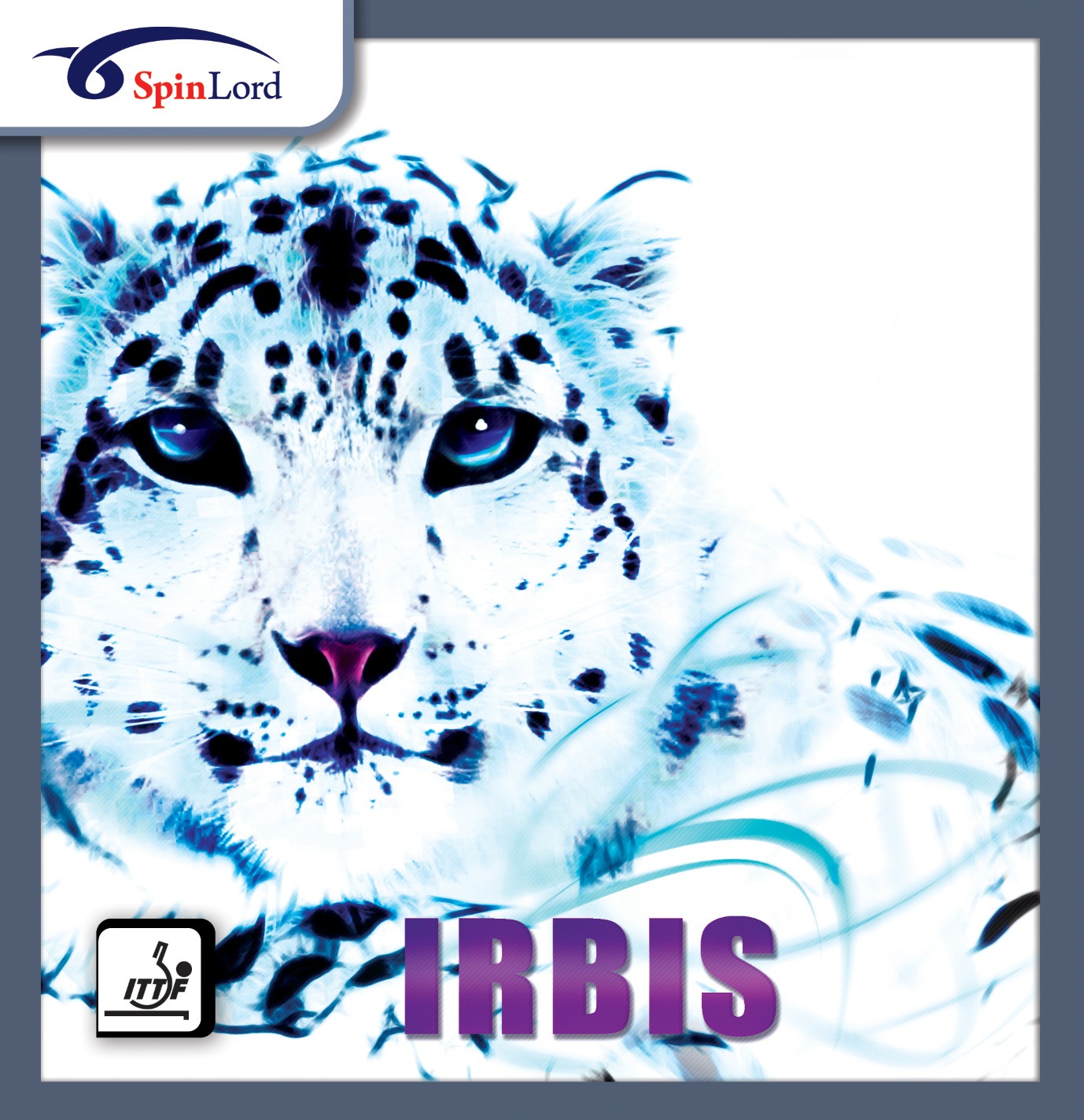 The SpinLord Irbis is a fast offensive rubber with a strong built-in speed glue effect without "factory-tuning".

However, the Irbis is not a copy of German tensor rubbers, it is rather independent in terms of play.

The Irbis combines a medium-hard and very grippy, but far from sticky, top-sheet with a soft sponge (degree of hardness approx. 38-40 degrees).

As with the Marder rubbers, the top-sheet is very thin and the inward facing pimples are very long. This increases the elasticity and the suitability for a European game with long arm movements.

The Irbis is best suited for players who play powerful topspins with fast and rather longer arm movements. Shooting is also surprisingly easy and safe with the Irbis.

However, the speed of this rubber does not quite reach the speed of the fastest German and Japanese rubbers. On the other hand, the SpinLord Irbis not only allows for strokes with a lot of rotation. It is also very easy to play and allows the player to avoid unforced errors easily.

Especially against incoming rotation the Irbis is much less sensitive than rubbers of other manufacturers. This makes it much easier to play a fast topspin right from the start of the attack. In addition, blocking and undercutting are much easier with this rubber than with other rubbers of this speed class.

The Irbis is a light and durable rubber.