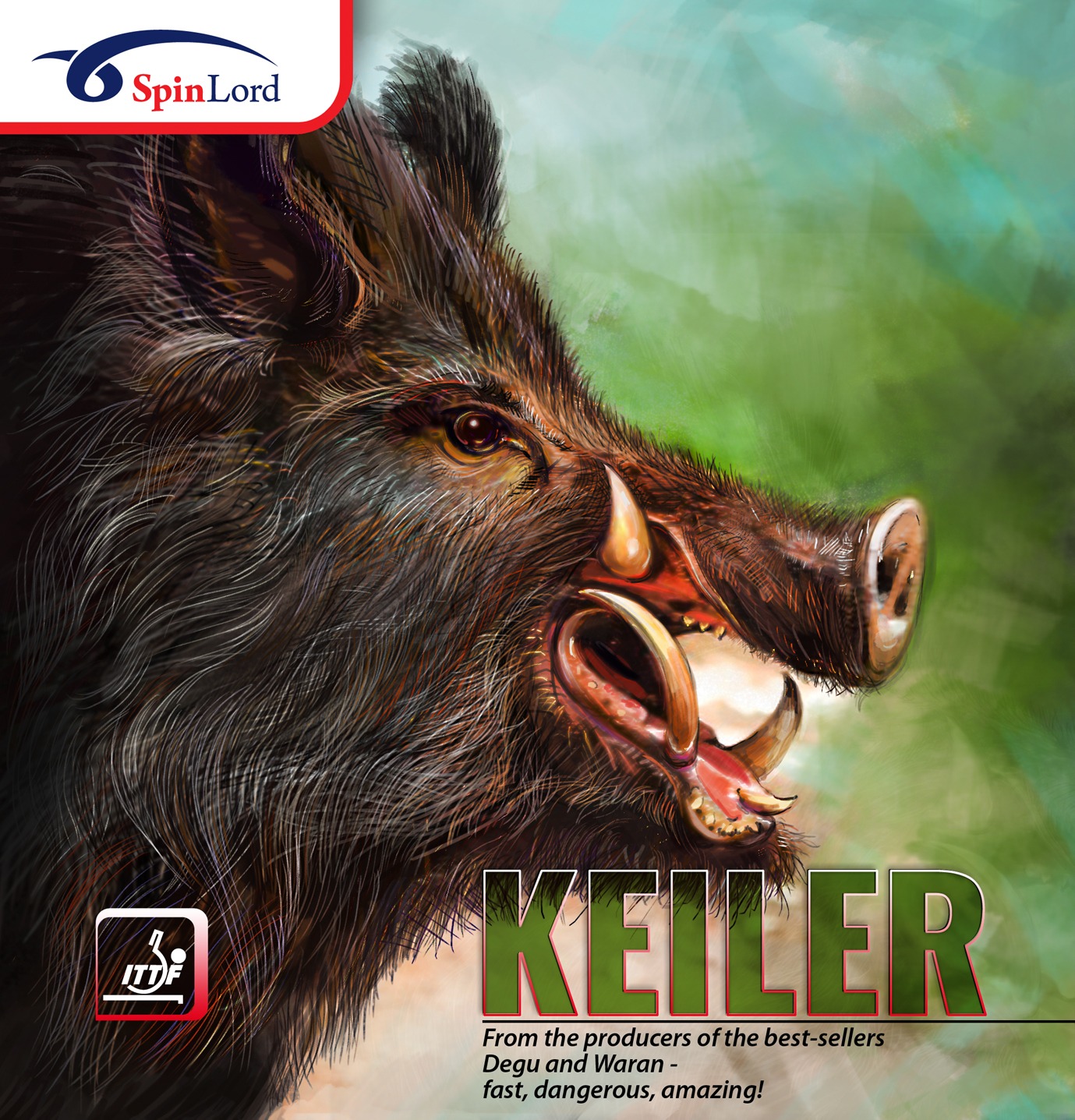 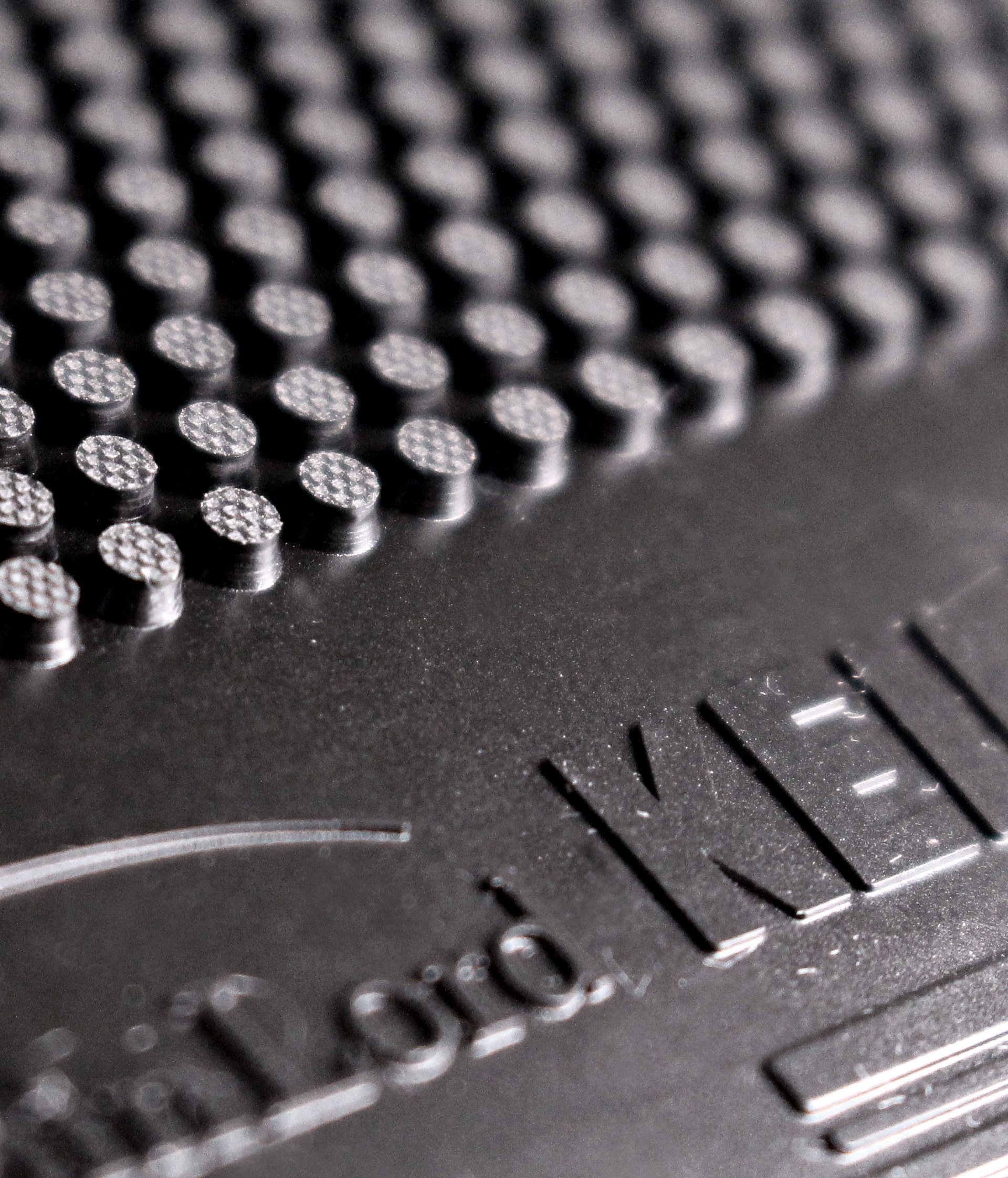 SpinLord Keiler is a fast and dangerous semi-long pimple-out rubber. It combines a soft top-sheet with a medium-hard sponge. Both sponge and top-sheet provide a good built-in speed-gluing effect. The pimples of this rubber also are very sturdy.

The Keiler has almost the same speed as the Waran, but it is softer and its conical shaped, ripped pimples are smaller and longer.

Keiler can be used both for attack and defense. Block balls, chopping, effective counter attacks, hard shots – almost everything is possible with this rubber (only playing topspins with this rubber is a little bit more difficult). Keiler is very dangerous when used for playing passive block balls: Although the sponge is no dampening sponge, it will absorb some speed. Also the pimples are long enough to wobble a little bit. As a result block balls will have a unpredictable and very short ball trajectory. A similar effect can be seen when attacking with this rubber, but the sponge then will not absorb speed, it will add additional speed to the ball like a spring.

But to be honest, we also have to say, that Keiler does not have the extreme power of the Waran for quick attacks and hard shots, and playing undercut balls is also a little bit weaker compared to this rubber. As a result Keiler is more a rubber to confuse the opponent with playing a mixture of passive block balls and active counter attacks with short arm movements, instead of beating him with a continuous powerful offense.

One of the main strength of Keiler is that unlike other rubbers it does not loose any disruption effect when playing with plastic balls. And unlike other semi-long pimple-out rubbers it can also be played by professional players.
Keiler is also easy to play: Although it is fast and dangerous this rubber makes it possible to have extraordinary precision and control in all the players strokes. Keiler is not so extremely simple to play as our SpinLord Degu of course, and also not so insensitive to incoming spin, but it surely has more control then similar rubbers from other brands. It is also one of the very few semi-long pimple-out rubbers that can be played also as forehand rubber. Actually some good players play Keiler even on both sides – this shows how effective this rubber can be.