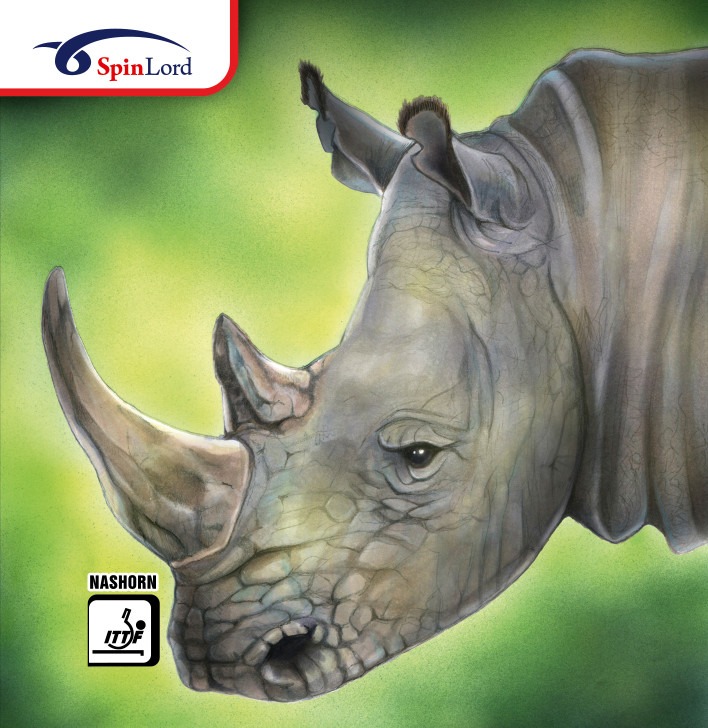 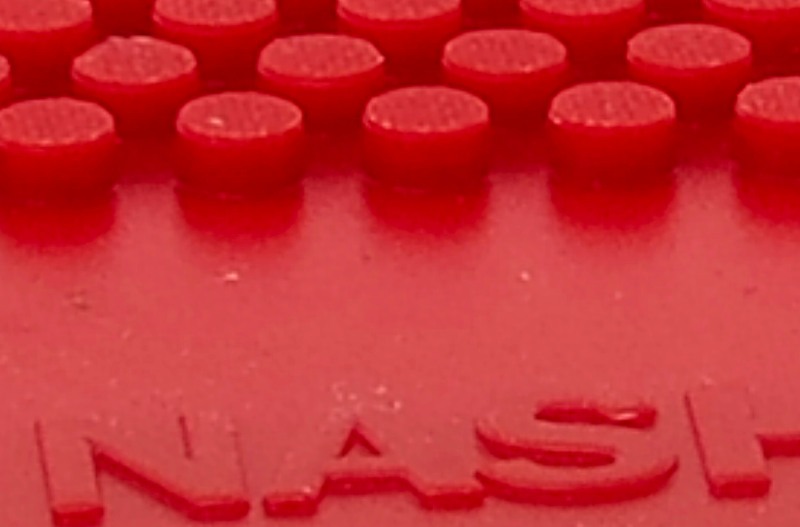 The pimples of the Nashorn (=rhinoceros) have an almost cylindrical shape (it can only be seen under a magnifying glass that they are very slightly conical). They are also quite wide and only slightly higher than the permitted minimum of 1.0 mm. The distance between the pimples is average. The surface of the pimples tops is finely ribbed.

The really special thing about the Nashorn is the rubber compound. This has been completely redeveloped and is very different from the rubber compounds previously used. Due to a high proportion of various new synthetic polymers, it is unusually elastic, as well as very grippy and very soft.

Effectively this means that the Nashorn is the first short pimple-out rubber where the pimples have a clearly noticeable "wobbling effect" when playing. The pimples of the Nashorn can also generate so much spin that similar striking techniques as with pimple-inn rubbers are possible. At the same time, however, the Nashorn is also insensitive to incoming rotation.

The pink sponge is medium hard (42-44 degrees) and fast. It is a slightly softer version of the sponge of the Waran II.

It is a very remarkable strength of the Nashorn that it reacts very good-natured if the ball is hit outside the so-called "Sweet-Spot". Therefore we can suggest choosing the Nashorn for your weaker side. For most players this will be the backhand side, but for some players playing Antis or long pimple-out rubber on the backhand the Nashorn can also be a good option for the forehand.

The Nashorn is suitable for players of all levels except for top players, who will usually prefer rubbers with a significantly harder touch.

The weight of this rubber is rather low (on the package is written above average, but we were able to reduce the weight).