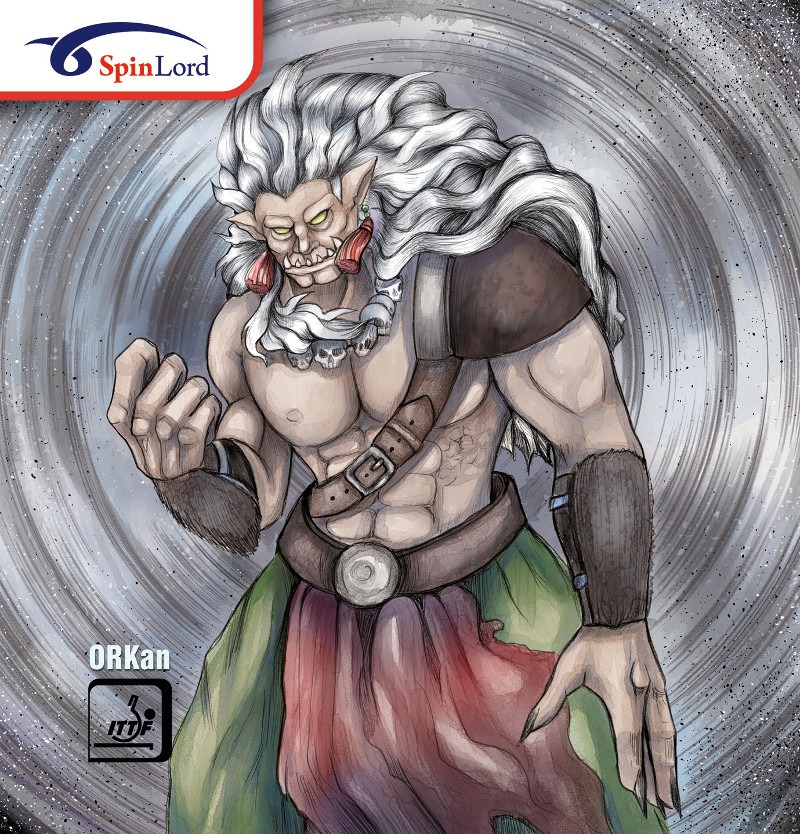 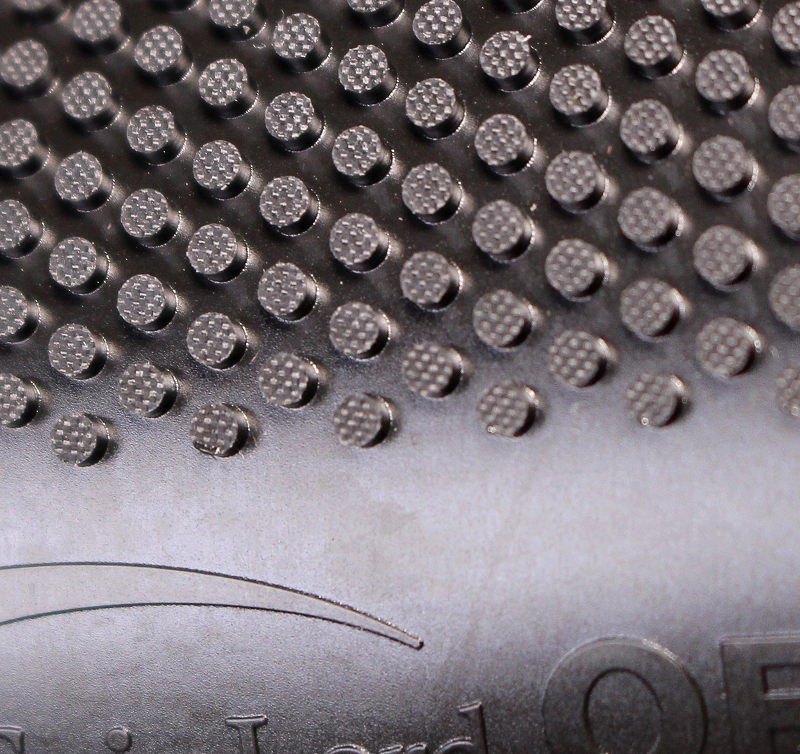 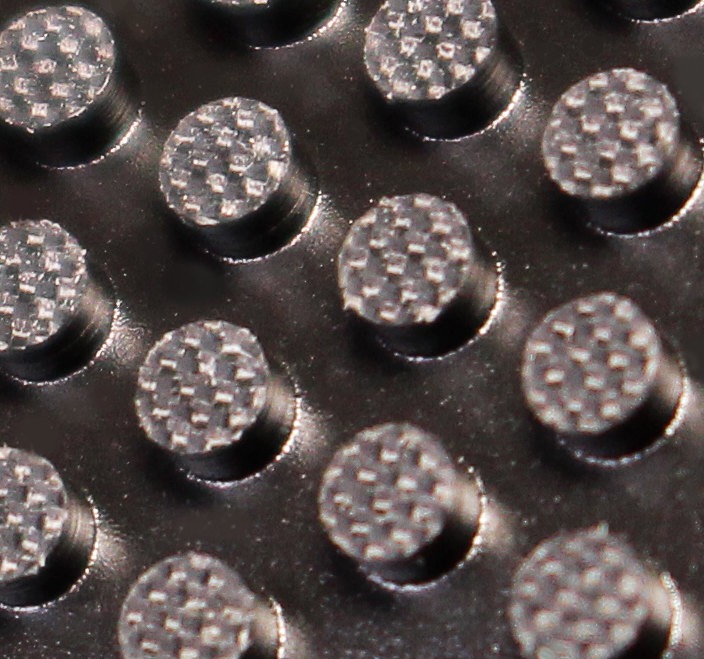 This amazing new semi-long pimple-out rubber features a very tacky rubber compound and cylindrical pimples with ribbed pimple tops. The rubber compound can also be rated as elastic and medium-hard.

Our previous short and semi-long pimple-out rubbers all had conical shaped pimples. The now used cylindrical shape reduces the speed a little bit. As a result the high speed of this rubber is generated only by the sponge, not by the top-sheet. The cylindrical pimples also makes the rubber more dangerous compared to rubbers with conical shaped pimples, because the pimples can wobble easier. The ORKan is ideal for playing block balls and counter-attacks, undercut balls are also easy to play. Due to the shape of the pimples, topspins are not the main strength of this rubber, but they are still possible due to the high friction.

ORKan will be sold with 2 different sponges.

Both sponges are high speed sponges with a good build-in speed-gluing effect. The pink sponge is noticable faster then the silver sponge, but also more difficult to control (by the way, the pink sponge is the sponge of the Waran II, while the silver sponge is a new development). The soft version of ORKan is ideal for average players, while the hard version is also suitable for top players.

The combination of a slow top-sheet with a fast sponge makes the ball trajectory of both versions often unpredictable and dangerous for the opponent, specially when playing active or passive block balls against topspins - while the sponge enables a high ball accleration, the top-sheet supports a fast sinking trajectory of the ball.

The ORKan is our best offer for all players who are seeking for a semi-long pimple that is easy to play but can offer a very high disruptive effect (which is also higher then that of our other semi-long rubbers Gipfelsturm and Keiler).