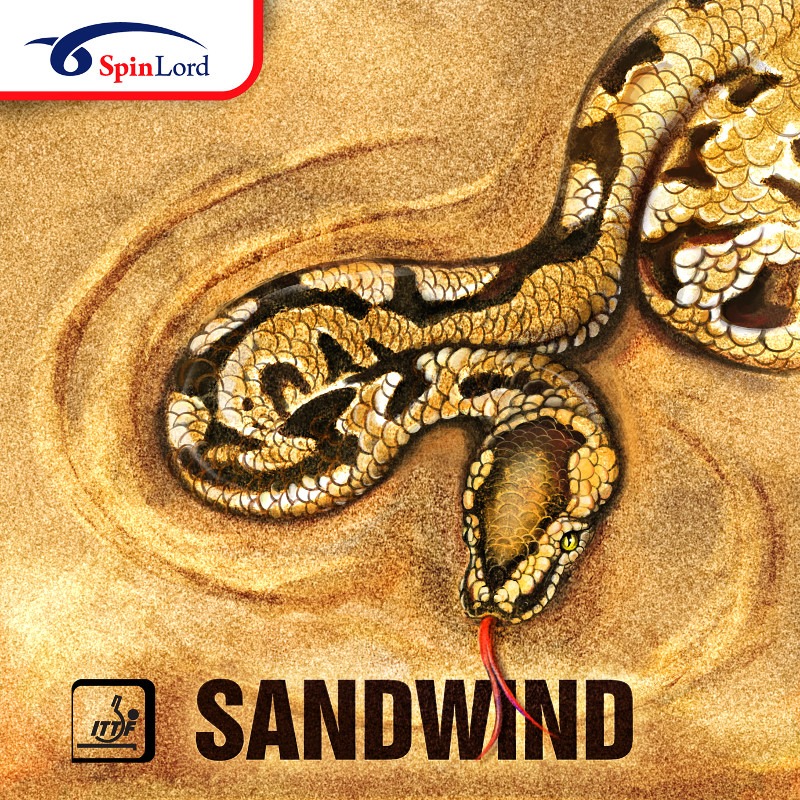 The SpinLord Sandwind can be rated as a new kind of half Anti.

This rubber can be played almost like a tacky inverted rubber. It enabls very flat undercut balls and even topspins, but in addition it can deactivate with ease the spin applied by your opponent.

The speed of this rubber is very similar to that of the SpinLord Marder (it is slightly faster due to the harder top-sheet), so the Sandwind is a defensive rubber with enough speed to also play aggressive strokes. Actually the sponge of the Sandwind is even the same one as that of the Marder. That also means it is a slow sponge, but no dampening sponge. As a result the Sandwind is slightly faster in comparison with most other Anti rubbers.
The top-sheet is much more elastic then you normally would expect it to be from an Anti, but the surface has been sanded to reduce the friction.

The Sandwind can´t be compared with frictionless Antis at all. Instead it should be rated as a rubber for players who are having problems with their backhand and are looking for a solution that enables them to easily return every ball.
But is this rubber also dangerous ? It is not dangerous in a sense that the balls played with this rubber will drop dead behind the net or have a totally unpredictable flight path. But besides this rubber being very controlled It is very effective because you can deactivate the incoming spin of the opponent with ease, and you can add your own spin to the ball instead.

In total the SpinLord Sandwind is ideal for weaker and average players, better players with a poor backhand and also for penholder players who play with their backhand only in emergency situations.