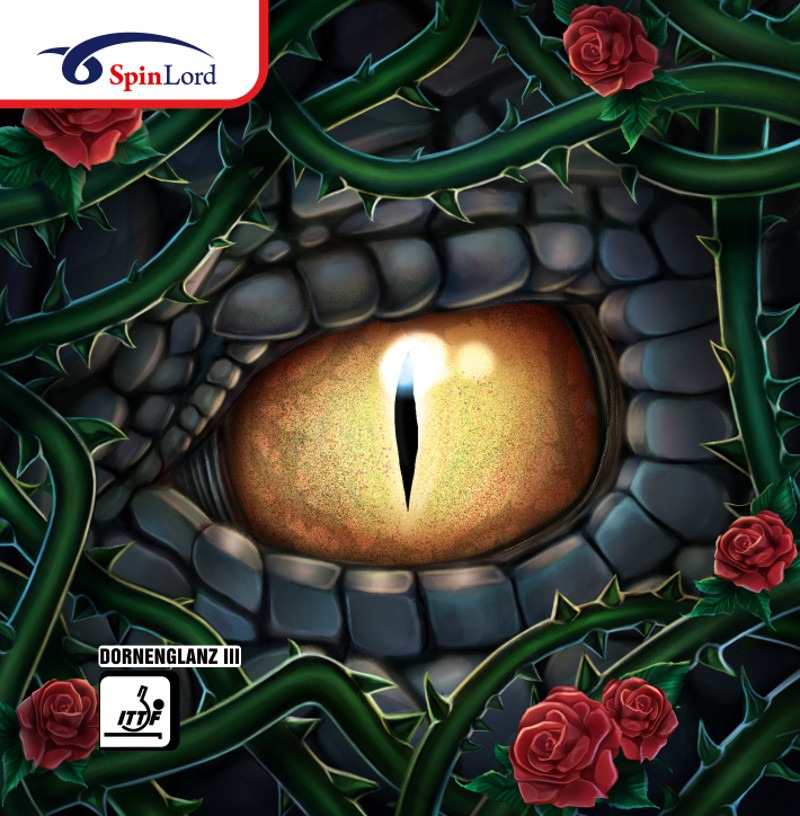 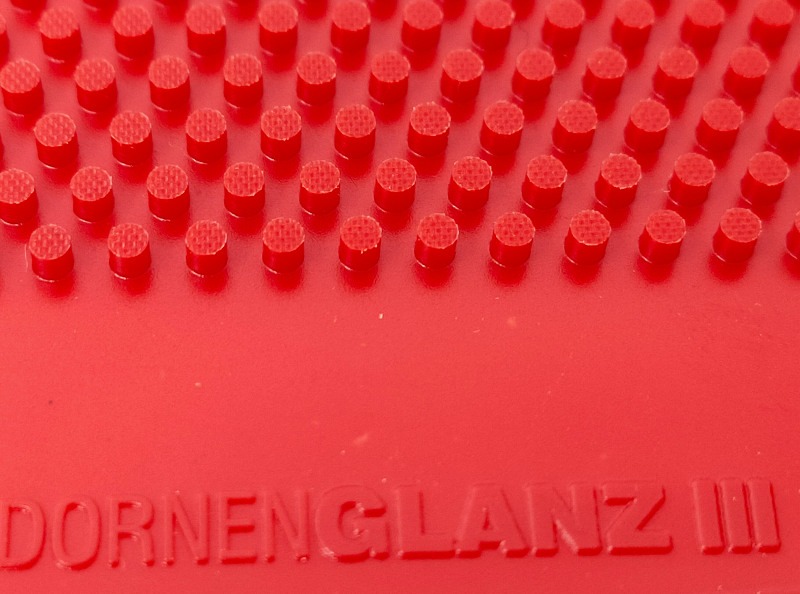 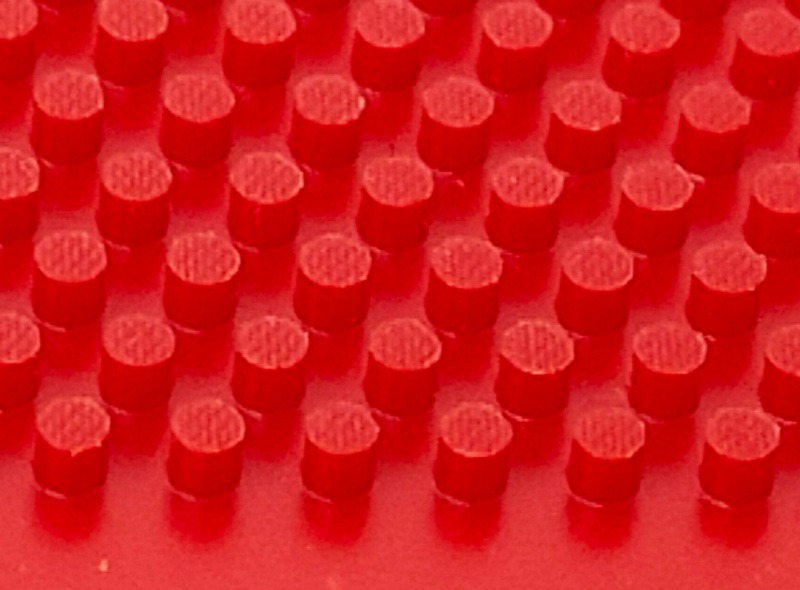 Now we can offer you the improved version of the Dornenglanz III: It is much better for playing block balls than the first version. We also think the new version is a bit faster than the old version; therefore we increased the speed rating from 2.5 to 3.

Otherwise, there is almost no difference between the old and the new version, and both versions also look 100% identical.

We will therefore also not continue to sell the first version with immediate effect.

The (by the way very sturdy) pimples themselves are a little wider than those of the other long pimples from SpinLord. The distance between the pimples is average. The pimples have a cylindrical shape with a small conical reinforcement on the pimples bottom. The pimples tops are ribbed.

The Dornenglanz III is especially suitable for playing at the table, as it is primarily made for an active and aggressive style of playing. The improved version we now sell is also superb for playing block balls (active and passive). Regarding block balls it now very similar to the Zeitgeist, while regarding other strokes it is more effective than this rubber. So overall, the Dornenglanz III in ox now can be rated as an improved version of the Zeitgeist.

Even in ox, classical undercut defense is quite possible and also dangerous.

The sponge by the way is a very slow and soft sponge "Made in China". So overall the Dornenglanz III in 1,0 mm is still slower than other long pimple rubbers in ox.

The Dornenglanz III can be easily combined with almost all blades.

Actually, we think that mainly players who have played the Zeitgeist, or rather similar rubbers like the Stachelfeuer, before, will love the new version of the Dornenglanz III. Also, players who think the Dornenglanz is good, but a bit too difficult to play, should try this rubber.