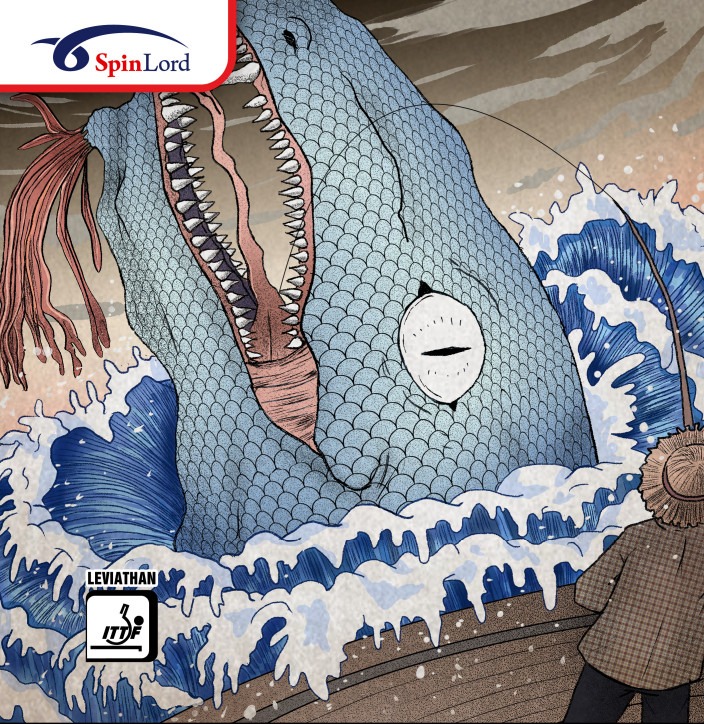 This is the final version of the Leviathan, which now is very durable and also available in red.

However, there is also a slight change in playing characteristics compared to the “1a” version, although we tried to keep the differences as small as possible.

The other two versions (1a and 1b version) will be sold as long as our stock lasts (it is still very large due to the pandemic situation), but they will no longer be reproduced.

The pimple geometry of the Leviathan remains absolutely unchanged (so the pimples are very long, rather thin and cylindrical formed). The grip of the pimple tops is a bit below that of the “1a” version, but still high. You can recognize the premium version by the fact that the pimple tops are not covered with foil.

The rubber compound is still medium-hard.

The Leviathan Premium enables to place the balls very precisely, which we consider to be the main strength of this rubber together in combination with the very flat ball trajectory. In addition, the Leviathan Premium is very versatile (it can be used for all kinds of strokes), not too hard to control considering its rather high speed and insensitive to incoming rotation.

For passive block balls the Dornenglanz is more dangerous, but for active pushing or "chop blocks" the Leviathan Premium is better, also for aggressive attacking and undercut defence.

Overall, the Leviathan Premium works amazing well also for playing close to the table despite its rather high speed. But it should mainly be used for active strokes in preparation of an own attack with the forehand, not for just playing a passive block ball and hoping the disruptive effect will get you the point.