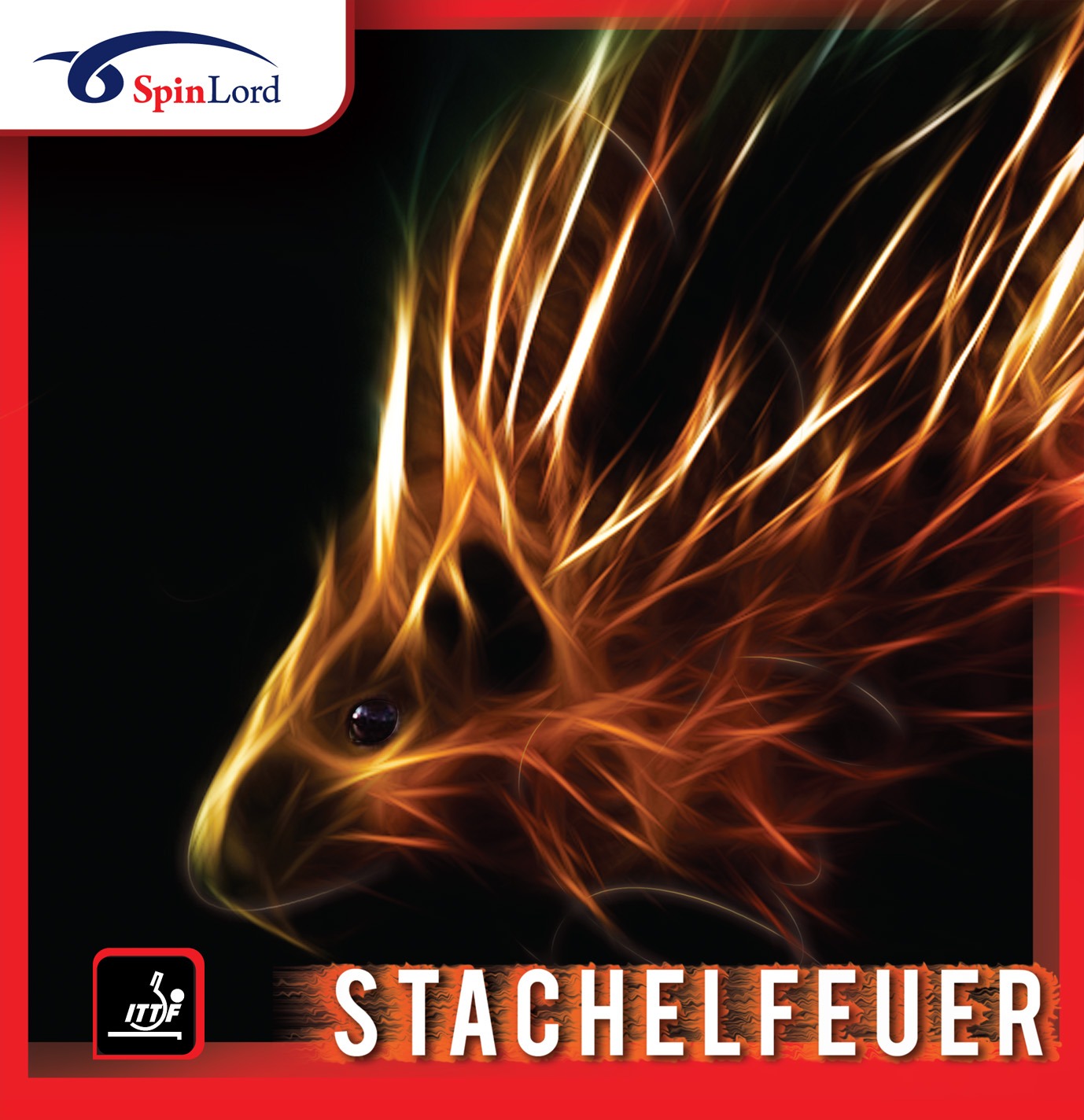 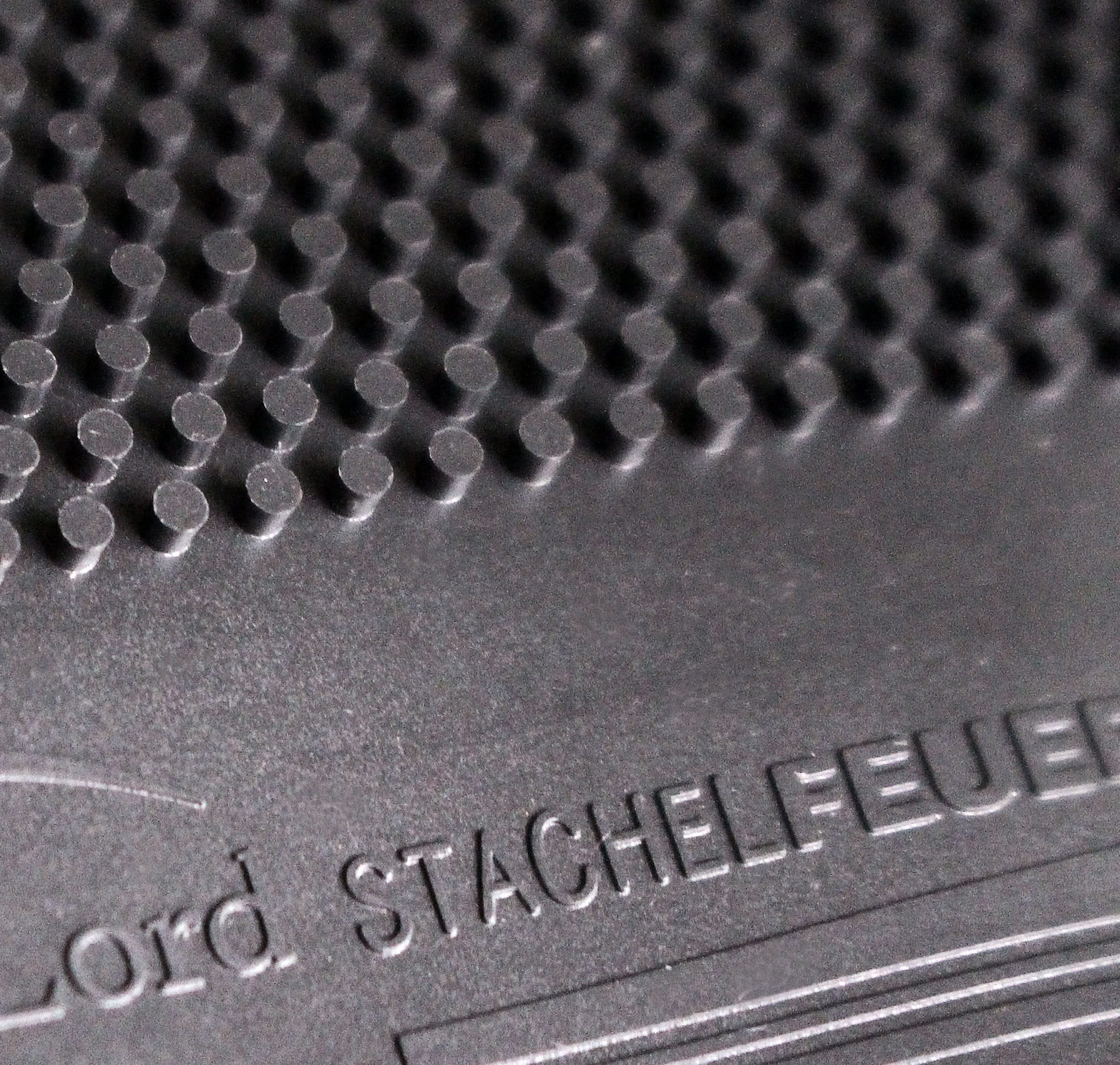 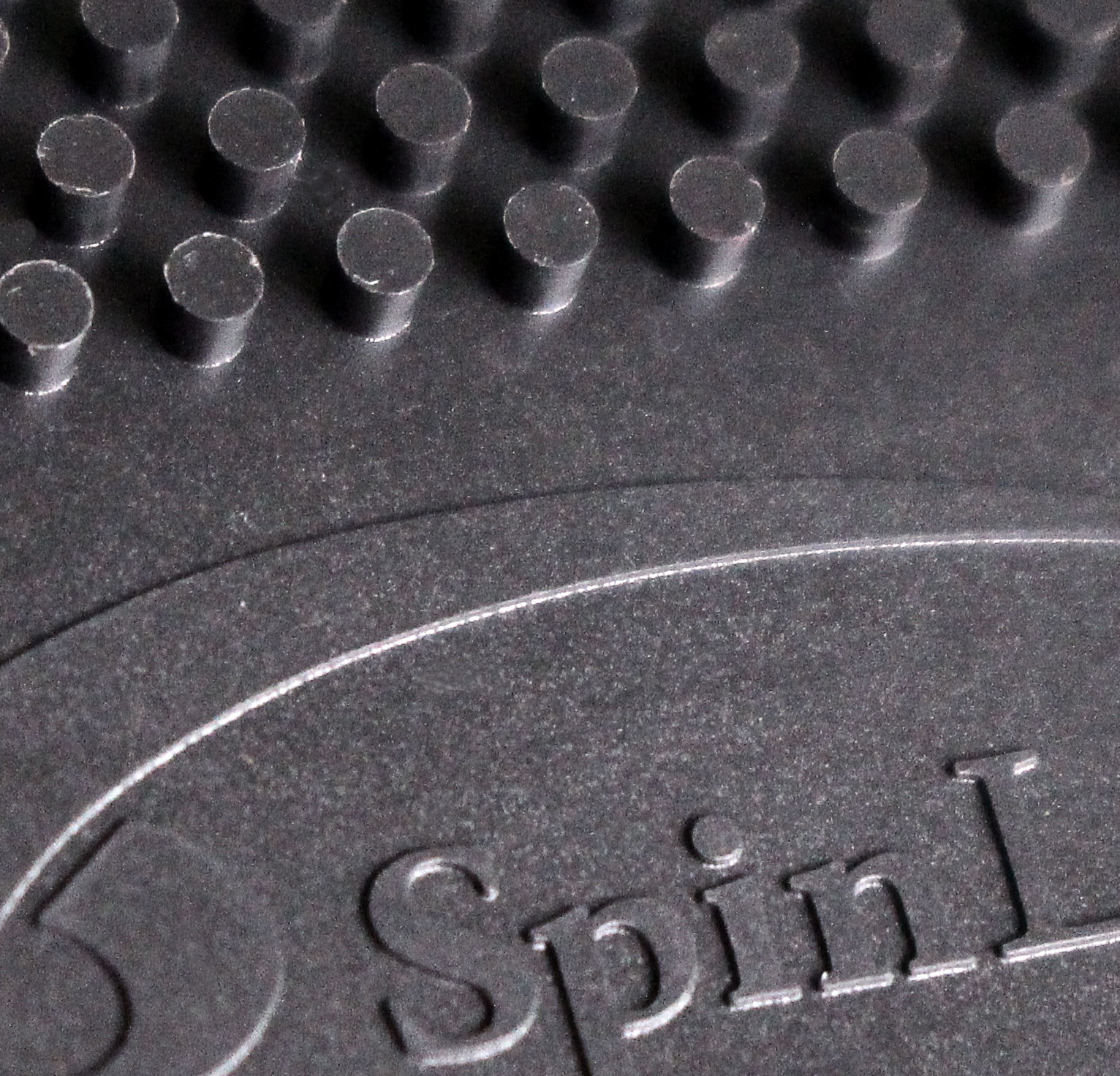 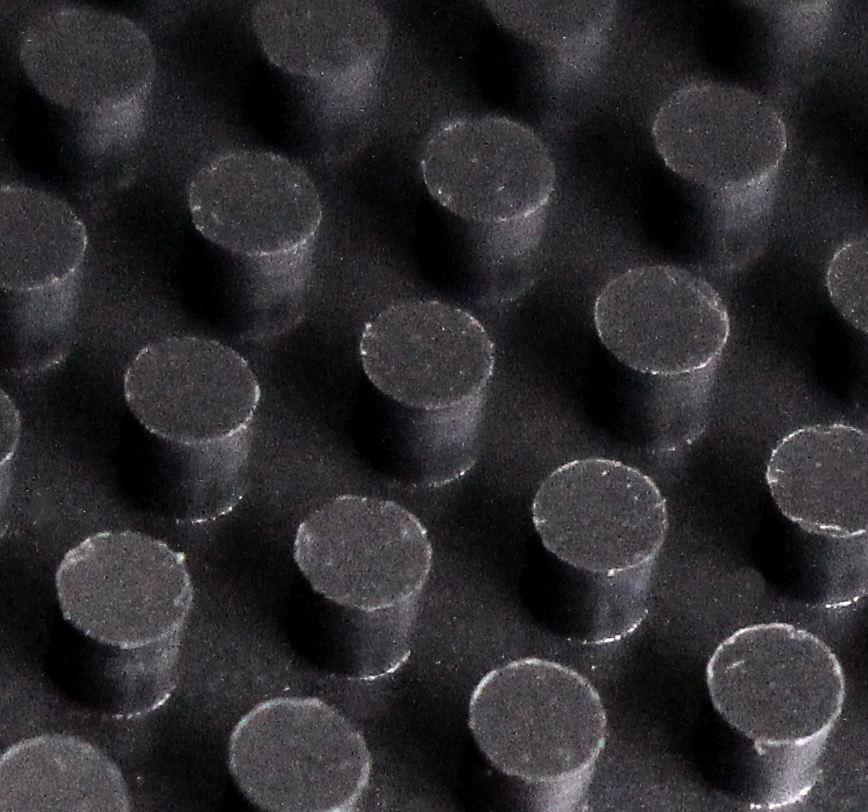 Together with our SpinLord Zeitgeist Stachelfeuer was our first long pimple-out rubber, but it has been upgraded recently.

Altogether the Stachelfeuer can be rated as a dangerous allround rubber with very high control. This rubber allows all kinds of strokes, and all strokes can be played with or without using the wrist. The Stachelfeuer is the best choice for all players who play a versatile modern defense close to the table and sometimes also defend from mid-distance. The Stachelfeuer is not so perfect for playing block balls as the Zeitgeist or the Dornenglanz, but it is very good also for this and much better for chopping and attacking compared to these rubbers.

Durability of the pimples: Very good

Shape of the pimples: Straight