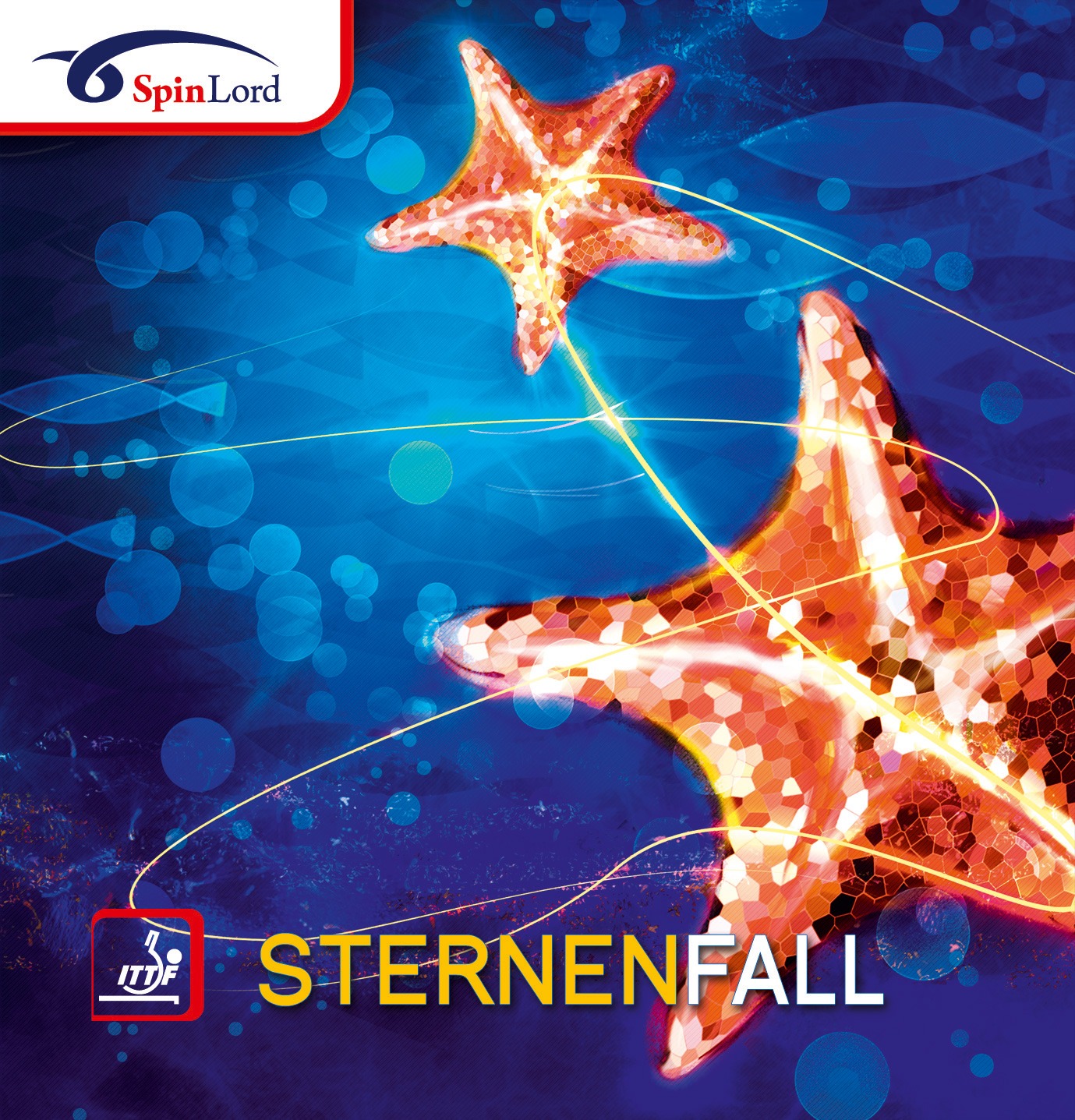 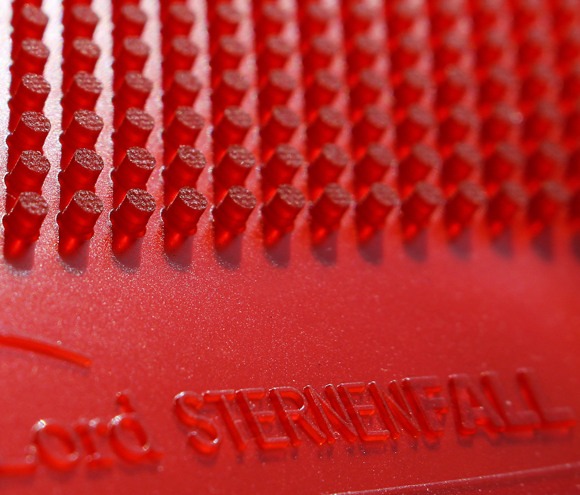 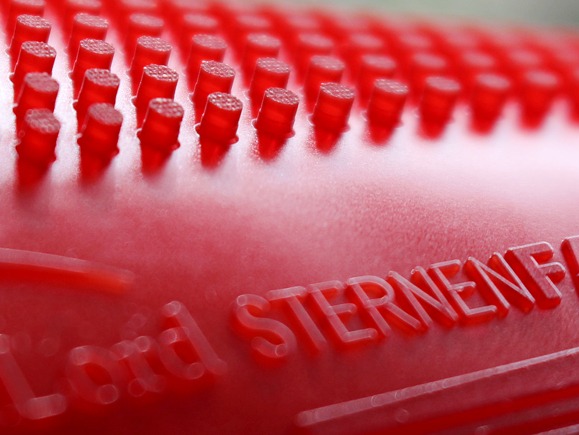 Important remark: This is the older version of the Sternenfall. We now can offer the improved "Pro" Version.

This version we will stop selling soon.

Sternenfall is very insensitive to the spin of the opponent, so you can use this to play your strokes in a very active manner.
One result of this is that the SpinLord Sternenfall is our best long pimple rubber for attacking.
With this rubber you can attack almost every ball (also in ox version). With this rubber you can play any kind of aggressive stroke, even hard counter attacks and powerful shots. Or you just push your block balls forward into the corners of the table instead of playing this stroke passively.
Chopping and undercut balls are also possible without problems, but these strokes are not the main strength of this rubber. These strokes and also passive block balls can be played very safely, but they are not very dangerous for the opponent.

The ox version is best for playing close to the table, the version with sponge (the sponge is also medium hard) is better for players who often go back one or two steps.