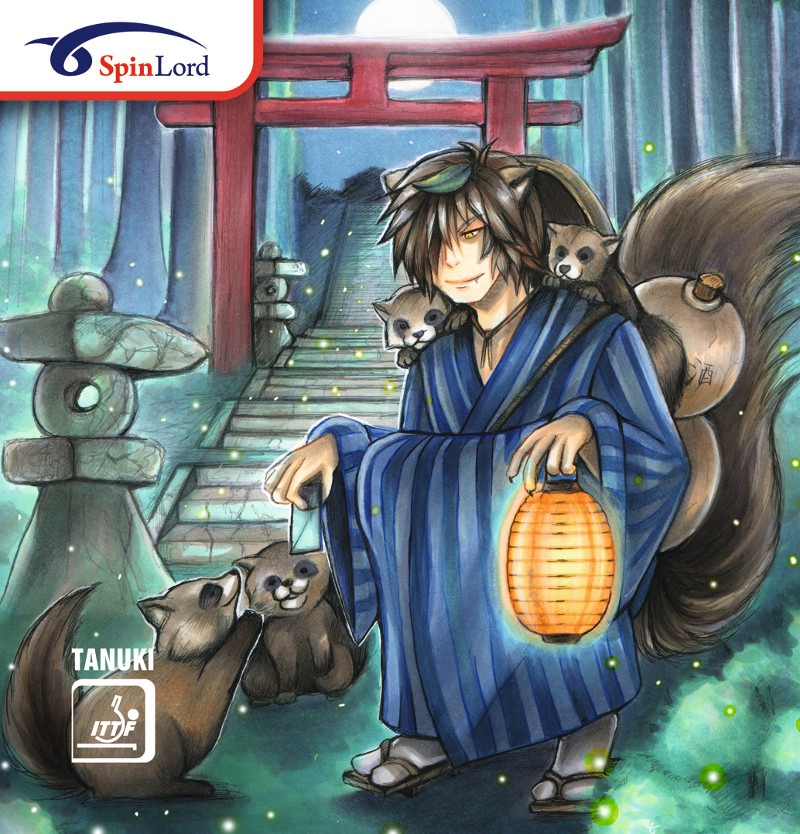 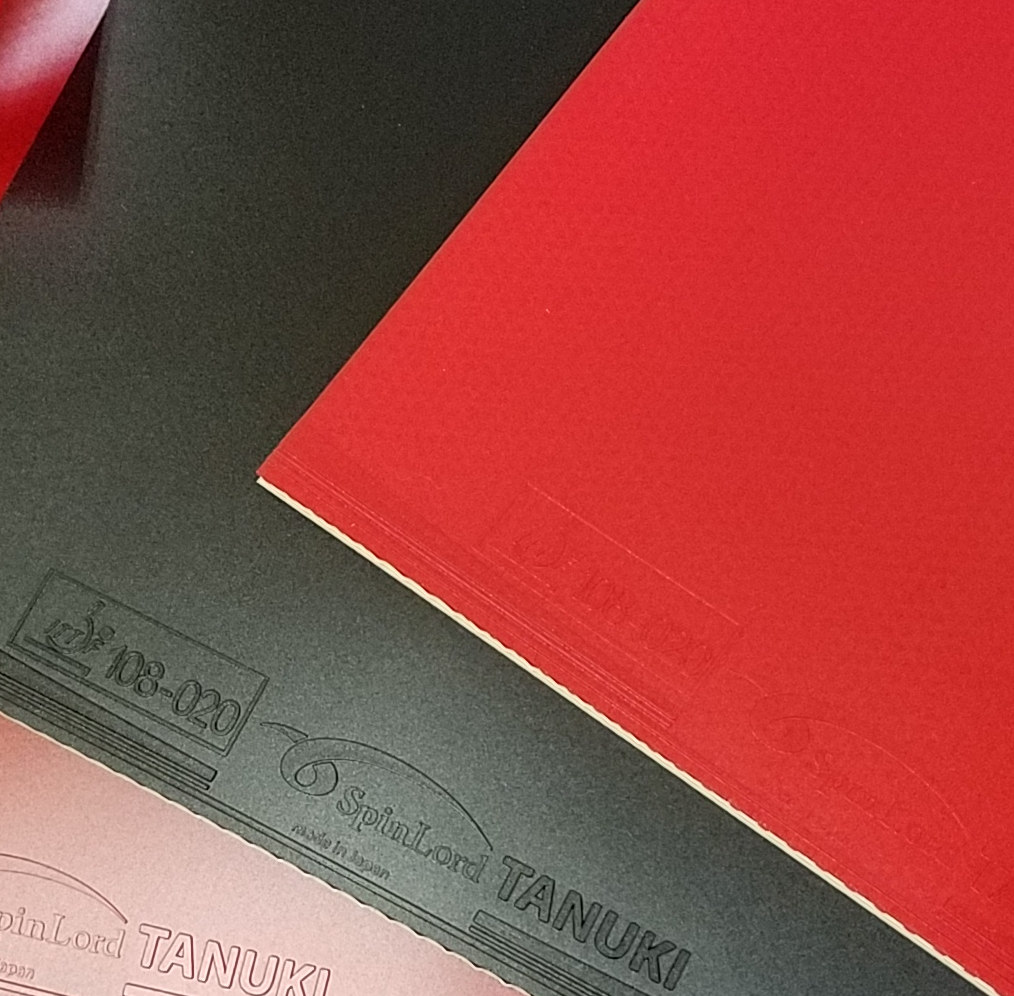 The SpinLord Tanuki is a „High-End“ table-tennis rubber „Made in Japan“. Of course that also means it is made by a different factory then all other currently available rubbers from SpinLord. The extremely high quality and durability make the Tanuki without doubt to one of the best table-tennis rubbers in the world.

Tanuki does not only offer the player the highest possible speed and build-in speed-gluing effect, but it can also produce very much spin due to the extreme elasticity of the rubber compound (but please note the top-sheet is not sticky like many Chinese rubbers).

Although the top-sheet is medium hard, due to the soft sponge our Tanuki is altogether a rubber with a soft touch and a very long dwell time. This makes it so easy to control that it can also be played by average players. Honestly speaking Tanuki is even made rather for average and slightly above average players then for top players. Top players will prefer much harder rubbers because their arm movements are short and fast. Tanuki however is ideal for players whose arm movements are longer. These players will find it very easy to play a topspin with this rubber against undercut balls, allowing them to grab the initiative and put pressure on the opponent. Another strength of Tanuki is that it is also easy to play undercut and block balls with it. Normally soft rubbers are rather weak in blocking, but with Tanuki blocking is as effective as with hard rubbers.
Specially for players who previously played our rubber „Irbis“ Tanuki should be very interesting, as hardness and tackiness are very similar. But Tanuki is much faster then Irbis with only a little bit less control.

Another important advantage of Tanuki is its very low weight.

And last but really not least Tanuki can be combined with all kinds of blades, even such with a very hard touch, where it normally is very difficult to find a suitable rubber for.